Swiss Army Triplet is a double stroke with a flam on the first note, followed by a single stroke with the other. As the name suggests, it is often played in triplets, but you can use different subdivisions (for example 16th notes or 16th note triplets).

It sounds like a flam accent, the only difference is the double stroke instead of the single stroke.

The challenge of this warm-up is permutating the accents by moving the entire rhythmic cell forwards. After 3 bars we would be repeating the whole sequence with the opposite hand.

Check out how it sounds here: 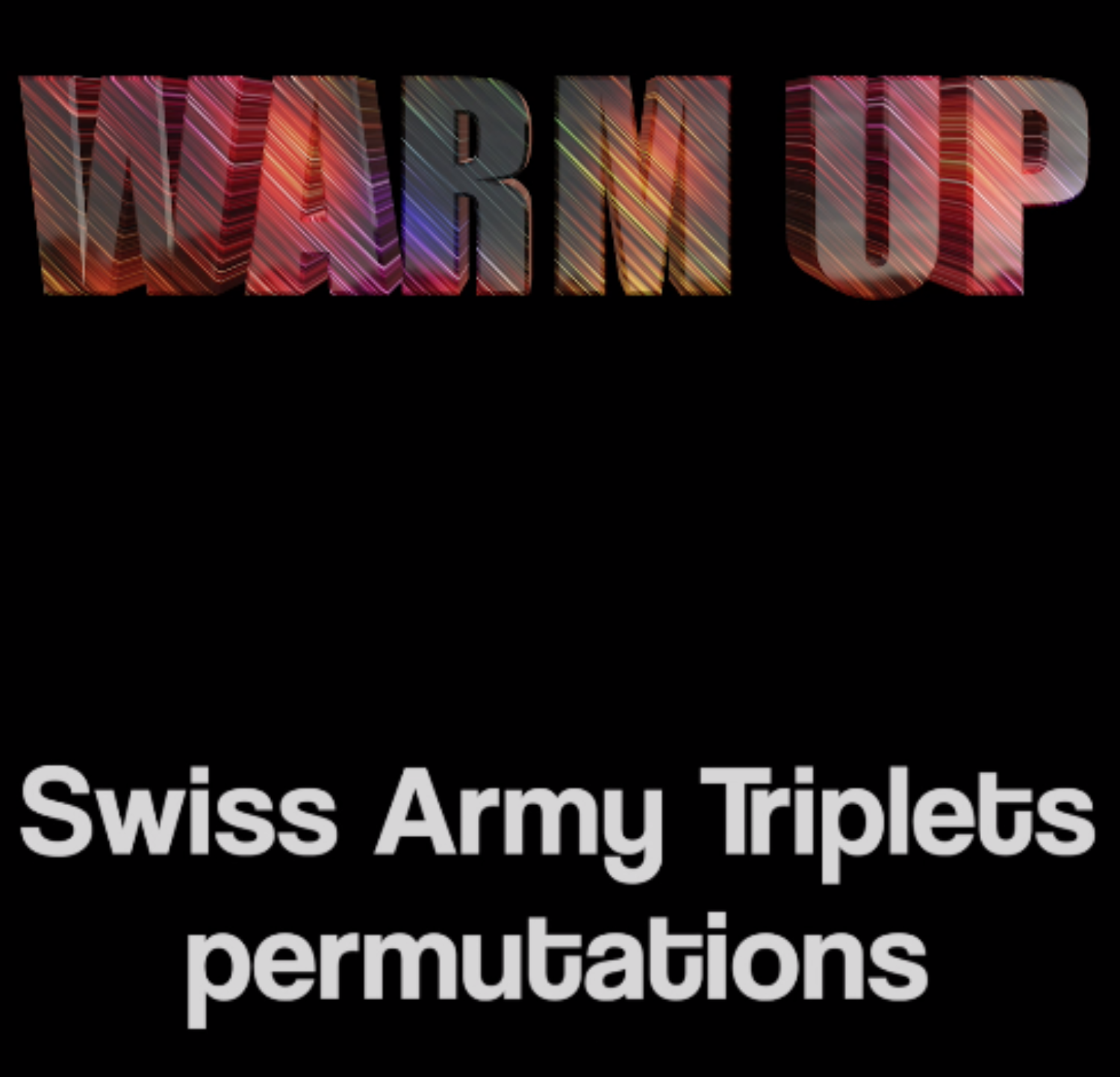 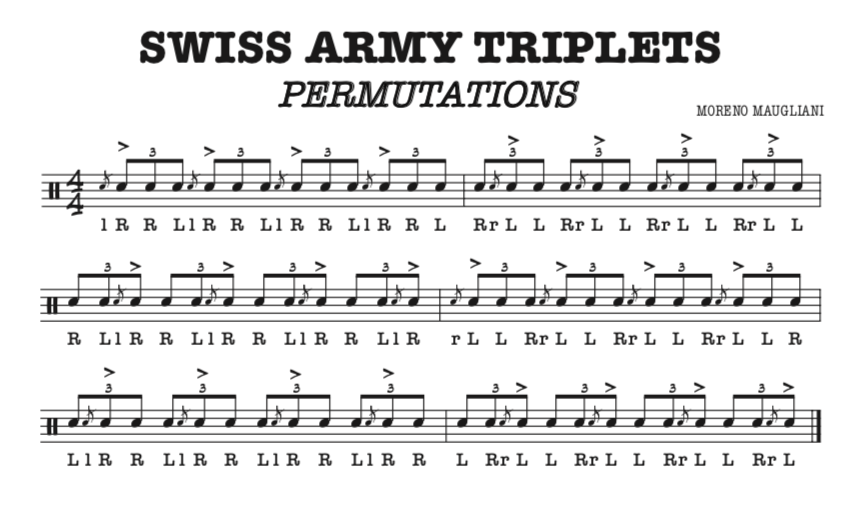 Then make sure to check this one out >>>